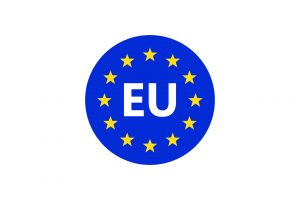 The European Union is weighing a broad set of new powers, including possible export controls, that would give it the ability to protect the bloc’s supply chain during periods of crisis.

The European Commission, the EU’s executive arm, will unveil the proposal as soon as the spring, according to an EU official familiar with the plan.

The new rules will be part of the so-called Single Market Emergency Instrument, a proposal designed to address some of the challenges the EU experienced during the Covid-19 pandemic, when countries struggled to secure vaccines and protective equipment.

The commission will propose new measures to quantify, anticipate and counteract any disruptions to the single market, including on industrial supply chains, said the official, who asked not to be identified because the plans are private.

Johannes Bahrke, a spokesman for the commission, decline to comment on the details of the proposal. He added that the pandemic “has shown that some of the current rules and tools for the single market are insufficiently adapted to crises and emergencies” and that the new proposal would help to ensure “greater transparency and coordination when a critical situation emerges.”

“We need structural solutions in place for the next crisis which, whatever its nature, can trigger major shocks in demand or supply that affect our industries and can fragment our single market,” the EU’s internal markets chief, Thierry Breton, wrote in a Dec. 22 letter to his staff seen by Bloomberg.

One of the ideas being discussed would be for the commission to monitor supplies to third countries in periods of distress, replicating the vaccine export control system. Under that program, which expires at the end of the month, companies would need to obtain national and EU authorization before shipping Covid-19 doses outside of the bloc.

The proposal would also allow the EU to request information from companies on industrial production capacity, inventory and lead time, and in some cases it would facilitate the joint procurement of critical goods, according to the official.

The rules may also include a bigger role for the commission in reviewing national restrictions on the flow of goods in the single market, to avoid unilateral measures by member states as seen in the early days of the pandemic.

EU leaders are expected to hold a first discussion on the Single Market Emergency Instrument during a Paris summit on March 10-11, with the official proposal likely to come later, the official said.

The commission drew inspiration from the American Defense Production Act, the “America’s Supply Chain” executive order and other initiatives put forward by U.S. President Joe Biden’s administration to address vulnerabilities in critical product supply chains, according to the official.

In a February speech, von der Leyen said the Single Market Emergency Instrument would “ensure the free movement of goods, services and people, with greater transparency and coordination.”

“The single market makes Europe strong,” she said. “So we must preserve it and make it work, in all circumstances, especially when we need it the most.”