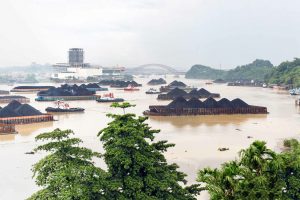 Indonesia, one of the world’s top exporters of thermal coal, is pausing exports of the fuel in January to secure dwindling supplies for domestic power plants.

The monthlong halt is needed to prevent shutdowns at about 20 power plants in Java, Madura, Bali and other regions, the energy and mineral resources ministry said in a statement posted on its website. The lack of supply could have affected 10 million residential and industry customers and a decision on when to resume exports could come next week.

Kumparan news portal reported the story earlier, citing a letter from Djamaluddin sent to all coal exporters. In the letter, the ministry ordered coal miners and exporters to divert coal from loaded ships at ports to power plants to prevent disruption to the national electricity system, Kumparan reported.

The government has set a ceiling price for coal sold to local power plants at $70 per ton, while also requiring producers to supply at least 25% of their output to the domestic market. Firms that don’t comply could be prevented from exporting coal or fined.